Cannabis Banking Bill Dies In California.  What Does It Mean For Cannabis Businesses?

Recognizing this problem, California State Senator Bob Hertzberg (D-Van Nuys) introduced California, SB-930 which was a bill that would have created a state-chartered banking system to give cannabis businesses access to traditional financial services.  Unfortunately, this bill died August 16, 2018 in the state Assembly Appropriations Committee.  Apparently, State legislators were concerned that it would be impossible to protect banks that work with the cannabis industry from federal prosecution.  The Federal Controlled Substances Act (“CSA”) 21 U.S.C. § 812 classifies marijuana as a Schedule 1 substance with a high potential for abuse, no currently accepted medical use in treatment, and lack of accepted safety for use under medical supervision.  So as long as cannabis remains illegal at the Federal level, State lawmakers were apprehensive in legislating an alternative banking solution.

Under the Obama administration, then-Deputy Attorney General James Cole issued a memo, known as the Cole Memorandum, that clarified the Justice Department’s stance on cannabis. The memo, from August 29, 2013, asserted that, for the most part, the Justice Department would not enforce the cannabis ban in states that had legalized it. Following that spirit, in February 2014 the Treasury Department issued its own guidance through FinCEN on how banks could provide services to the cannabis industry without violating Federal Law.  As long as banks complied with this guidance, they could avoid the threat of federal prosecution and make themselves available to provide banking and financial services to cannabis businesses.

But under the Trump administration, the Justice Department led by Attorney General Jeff Sessions has rescinded the Cole memo, calling marijuana “a dangerous drug” and asserting that “marijuana activity is a serious crime.” The Treasury Department led by Treasury Secretary Steve Mnuchin has yet to revoke the FINCEN guidance which although that guidance referenced the Cole memo multiple times, the guidance still remains a part of the framework by which banks and other financial institutions can make themselves available to do business with the cannabis industry.

Experts predict that cannabis sales are expect to exceed $24 million by 2025 in California so you can figure that there will be piles of cash stashed all over the state. Given the lack of a solution from the State of California and the continued resistance by the Federal government to provide banking access, new methods for cannabis banking and payments will inevitably be sought by cannabis businesses to seek alternative ways to move and store funds aside from cash.

Even as more states legalize cannabis, a tiny fraction of banks and alternative financial institutions are willing to work with cannabis companies. These companies are not well-known and most do not advertise their services to the world. So it is best to be proactive and engage an experienced board certified tax attorney-CPA in your area who is highly skilled in the different legal and tax issues that cannabis businesses face.  Let the tax attorneys of the Law Offices Of Jeffrey B. Kahn, P.C. located in Orange County (Irvine), the Inland Empire (including Ontario and Palm Springs) and other California locations protect you and maximize your net profits. 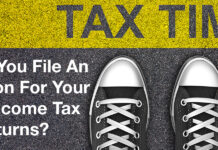 Getting Harder For Legal Cannabis To Find Banking