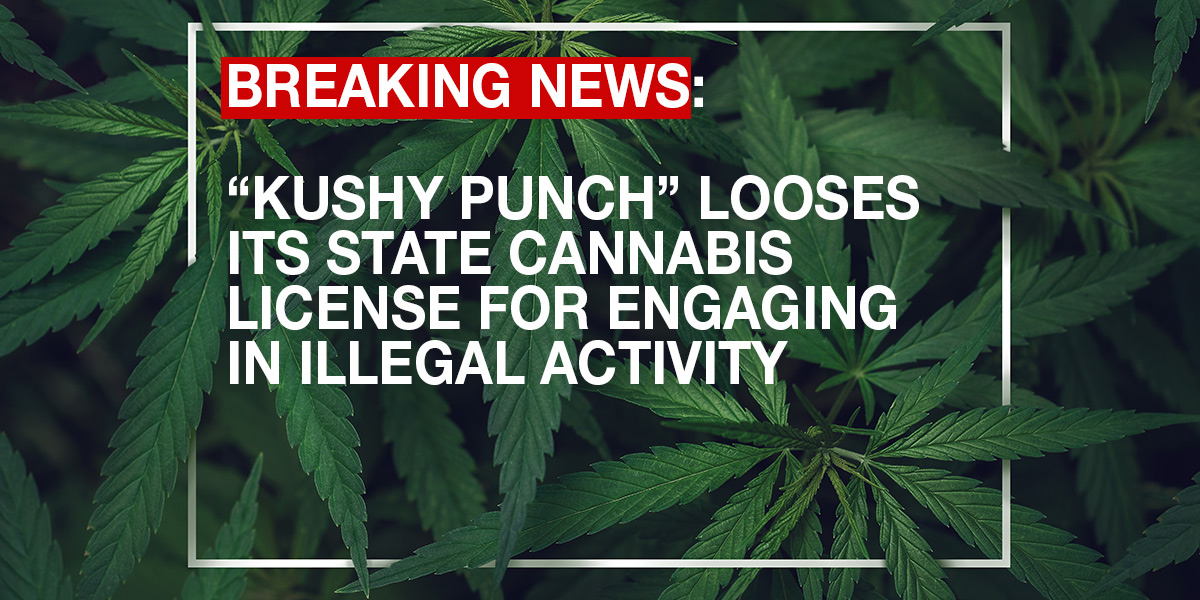 Anyone conducting business in cannabis surely knows that under Federal law (Controlled Substances Act 21 U.S.C. 801) marijuana is designated as a Schedule I controlled substance due to the historical belief that it has a high potential for abuse, no currently accepted medical use in treatment, and lack of accepted safety for use under medical supervision. So the risk is apparent that at any time Federal authorities could come and shut you down but don’t think that just because cannabis is legal in California, you do not have to worry about the State.

California law mandates that you can only sell cannabis if you have obtained a license to do so. These licenses being issued by the Bureau of Cannabis Control (“BCC”) which also monitors compliance and will revoke your license if you are non-compliant. If you don’t have a license, then selling cannabis or transporting it in order to sell it is still a crime under H&S Code §11360.

The Bureau of Cannabis Control (“BCC”) and California Department of Public Health (“CDPH”) announced on November 21, 2019 that they have revoked the state commercial cannabis licenses issued to Vertical Bliss, Inc., also known as Kushy Punch, located at 20500 Nordhoff Street in Chatsworth, California.

After receiving a complaint about illegal cannabis activity at a location in Canoga Park, California, state regulators searched the unlicensed location and seized nearly $21 million in illegal cannabis products, including 7,200 illegal vape cartridges. The license for the Nordhoff Street premises was revoked following the discovery of connections between Vertical Bliss and the unlicensed location. The revocations of Vertical Bliss’ cannabis manufacturing license CDPH-10003574 and cannabis distribution license C11-0000544-LIC are effective November 21, 2019.

All commercial cannabis activity in California must be conducted on a premises with a valid license issued by the appropriate state cannabis licensing authority. Manufacturing, distributing or selling cannabis goods without a state license or at a location that is not licensed is a violation of state law.

Penalties For Selling Cannabis Without A License.

But the sale/transport for sale of cannabis without a license to do so is a felony for the following defendants:

In any of these scenarios, black market sale or transportation for sale of cannabis under H&S Code §11360 is punishable anywhere from two to four years in jail.

Transporting cannabis without intent to sell it, or giving cannabis away, is not a crime in California so long as BOTH of the following are true:

You can count on other county governments coordinating resources and making comprehensive strikes on unlicensed and illegal cannabis operations for the safety of the public.

Both civil and criminal penalties will apply to unlicensed operators so it is imperative that anyone cultivating, manufacturing or distributing cannabis on a commercial basis in California seeks a local and state license for their operations immediately, if they have not already done so. Protect yourself and your investment by engaging the cannabis tax attorneys at the Law Offices Of Jeffrey B. Kahn, P.C. located in Orange County (Irvine), Los Angeles and other California locations. We can come up with tax solutions and strategies and protect you and your business and to maximize your net profits. Also, if you are involved in crypto currency, check out what a bitcoin tax attorney can do for you.