On May 20, 2021 the U.S Department Of Treasury issued a report called “U.S. Treasury American Families Plan Tax Compliance Agenda” which under the plans announced by President Joe Biden is proposing to double the size of the IRS, by hiring nearly 87,000 new workers over the next decade, as part of a sweeping plan to chase down tax cheats.

The agency said uncollected taxes in 2019 amounted to about $554 billion, though IRS Commissioner Chuck Rettig said recently the figure could be as high as $1 trillion per year.  About 80% of that tax gap is attributable to people underreporting their incomes or taking too many deductions. The rest is people either not filing returns at all, or doing their taxes correctly and failing to pay what they owe.

The hiring spree, part of a bid to increase IRS funding by $80 billion, would be phased in to give the department time to adjust whereby the agency’s workforce would never grow by more than a “manageable” 15% each year and its total budget would increase by about 10% annually.  The money would be used not just to increase audits but also to modernize the agency’s computer systems and improve other taxpayer services.

At the same time, the administration wants to require financial institutions and other businesses to report a lot more information about the money coursing through their customers’ accounts.  It is part of a concerted effort by the administration to go after uncollected taxes owed by large corporations, partnerships and wealthy individuals.

Financial institutions would have to report the gross inflows and outflows on all business and personal accounts. So-called payment settlement entities, like PayPal, foreign financial institutions and cryptocurrency exchanges would also be subject to additional reporting requirements. Businesses would have to alert the IRS to cryptocurrency transactions worth more than $10,000.

Failure to report all the money you make is a main reason folks end up facing an IRS auditor. Carelessness on your tax return might get you whacked with a 20% penalty. But that’s nothing compared to the 75% civil penalty for willful tax fraud and possibly facing criminal charges of tax evasion that if convicted could land you in jail.

Criminal Fraud – The law defines that any person who willfully attempts in any manner to evade or defeat any tax under the Internal Revenue Code or the payment thereof is, in addition to other penalties provided by law, guilty of a felony and, upon conviction thereof, can be fined not more than $100,000 ($500,000 in the case of a corporation), or imprisoned not more than five years, or both, together with the costs of prosecution (Code Sec. 7201).

And even if the IRS is not looking to put you in jail, they will be looking to hit you with a big tax bill with hefty penalties.

Civil Fraud – Normally the IRS will impose a negligence penalty of 20% of the underpayment of tax (Code Sec. 6662(b)(1) and 6662(b)(2)) but violations of the Internal Revenue Code with the intent to evade income taxes may result in a civil fraud penalty. In lieu of the 20% negligence penalty, the civil fraud penalty is 75% of the underpayment of tax (Code Sec. 6663). The imposition of the Civil Fraud Penalty essentially doubles your liability to the IRS!

If you believe that there could be issues with your prior tax returns or if you have not filed your tax returns, you should promptly contact tax counsel.  Don’t delay because once the IRS has targeted you for investigation – even if it is a routine random audit – it will be too late voluntarily come forward. Let the tax attorneys at the Law Offices Of Jeffrey B. Kahn, P.C. located in Orange County (Irvine), Los Angeles and offices elsewhere in California get you set up with a plan that may include being qualified into a voluntary disclosure program to avoid criminal prosecution, seek abatement of penalties, and minimize your tax liability. If you are involved in cannabis, check out what else a cannabis tax attorney can do for you. Also, if you are involved in crypto currency, check out what a Bitcoin tax attorney can do for you. 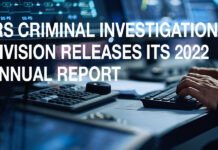 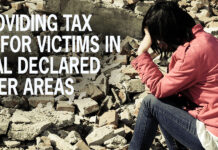 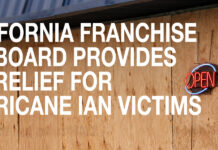