Why Tax Planning Is More Important If You Earn Income From The Gig Economy.

From renting spare rooms and vacation homes to car rides or using a bike…name a service or a craft & handmade item marketplace and it’s probably available through the gig economy which is proliferating through many digital platforms like Uber, Lyft, Doordash, Postmates, Instacart and Airbnb.

And if you use such payment apps or other third-party electronic payment networks to pay for goods and services, you should be aware of a tax reporting change that goes into effect in January 2022 which was passed as part of the American Rescue Plan Act of 2021.

As a small business owner or for anyone doing business in the gig economy who gets paid from a payment app or other third-party electronic payment network, it was previously up to you to make sure you were reporting that income on your tax return.  The IRS believes that this is not being done.

The IRS expects to use this information to uncover unreported income and recover lost tax revenues.

California Assembly Bill (“AB”) 5 codified the California Supreme Court holding in Dynamex Operations West, Inc. v. Superior Court and adopted the “ABC” test to determine whether independent contractors should be treated as employees with various exceptions.  Effective January 1, 2020 under the “ABC” test, workers are presumed to be employees unless they satisfy three conditions:

Since the enactment of AB 5, the California Legislature introduced subsequent legislation (AB 257) to allow more workers to be treated as independent contractors by increasing the availability of exemptions to the ABC test as follows:

Lastly, in November 2020, California voters passed Proposition 22 which allows workers in the gig economy that serve as app-based drivers to be treated as independent contractors.

Four tips you should know about how the gig economy might affect your taxes:

If you receive income from a sharing economy activity, it’s generally taxable even if you don’t receive a Form 1099-MISC, Miscellaneous Income, Form 1099-K, Payment Card and Third Party Network Transactions, Form W-2, Wage and Tax Statement, or some other income statement. This is true even if you do it as a side job or just as a part time business and even if you are paid in cash and to minimize how much you need to pay in taxes, it is imperative that you keep track of your business expenses.

The tax code allows you to deduct certain costs of doing business from gross income. For example, a taxpayer who uses their car for business may qualify to claim the standard mileage rate, which is 56 cents per mile for 2021. Generally, you cannot deduct personal, living or family expenses. You can deduct the business part only, such as supplies, cell phones, auto expenses, food and drinks for passengers, car washes, parking fees, tolls, roadside assistance plans, taxes, and incentives associated with certain electric and hybrid vehicles.

Example: You used your car only for personal purposes during the first 6 months of the year. During the last 6 months of the year, you drove the car a total of 15,000 miles of which 12,000 miles were driven to provide transportation services through a company that provides such services through requests to its app. This gives you a business use percentage of 80% (12,000 ÷ 15,000) for that period. Your business use for the year is 40% (80% × 6/12).

Example: You use your car both for personal purposes and to provide transportation arranged through a company that provides transportation service through its app. You must divide your personal and business expenses based on actual mileage. You can deduct the business part of these actual car expenses, which include depreciation (or lease payments), gas and oil, tires, repairs, tune-ups, insurance, and registration fees. Or, instead of figuring the business part of these actual expenses, you may be able to use the standard mileage rate to figure your deduction. Depending on the facts and circumstances, you may be providing the services either in a self-employed capacity or as an employee. If you are self-employed, you can also deduct the business part of interest on your car loan, state and local personal property tax on the car, parking fees, and tolls, whether or not you claim the standard mileage rate.

The net income from your service-related activity with the sharing economy facilitator is subject to Self-Employment taxes, (Social Security and Medicare), at a 15.3% rate.  Now you will get to deduct one-half of these Self Employment taxes on your Form 1040 but if you consider that you still have income taxes to pay as well, the effective tax rate can easily exceed 30% and you will also have your state’s income tax on top of that.

So whether you are using your personal car for business or part of your residence as a home office, you will need to have good personal records of your expenses. In a situation where you are using your personal car for business you typically can deduct either “actual” costs for the percentage of business use, (though cell phone and food probably are not pertinent) or you can deduct mileage at a standard rate for business use. If you go the “simple” route and deduct mileage instead of “actual” expenses your Schedule C would consist of exactly 2 lines so it’s not very hard – but you will lose out on a lot of deductions and pay a lot more in taxes.

Remember you are not an “employee” of the sharing economy facilitators; you are an “independent contractor”.  As such, there is no withholding of any taxes from your checks; you are responsible for all taxes – Self Employment taxes and income taxes – on your net earnings.  The U.S. tax system is pay-as-you-go. This means that taxpayers involved in the sharing economy often need to make estimated tax payments during the year. These payments are due on April 15, June 15, September 15 and January 15 (of the next year). Taxpayers use Form 1040-ES to figure these payments.

Why The IRS Likes The Gig Economy.

Unlike traditional transactions where two parties directly deal with each other and nothing is reported to the IRS, gig economy facilitators who connect the two parties, collect the money from the paying party and transmit the revenue to the service provider will report the sale to IRS using Form 1099. The IRS now has a tool by which they can match up the amount of income you report on your tax return and if the Form 1099 amount is greater, you can be sure that the IRS will catch this and send you a tax bill.

As the gig economy continues to grow, so do the associated tax problems. The IRS obviously is interested in folks who earn money using their autos as on-call car services or rent their homes to out-of-towners. That is why it’s important to keep good records. Choose a recordkeeping system suited to your business that clearly shows your income and expenses. The business you’re in affects the type of records you need to keep for federal tax purposes. Your recordkeeping system should include a summary of your business transactions. Your records must also show your gross income, as well as your deductions and credits. Federal law sets statutes of limitations that can affect how long you need to keep tax records.

Don’t Take The Chance And Lose Everything You Have Worked For.

Protect yourself. If you are selected for an audit, stand up to the IRS by getting representation. Tax problems are usually a serious matter and must be handled appropriately so it’s important to that you’ve hired the best lawyer for your particular situation. The tax attorneys at the Law Offices Of Jeffrey B. Kahn, P.C. located in Orange County (Irvine), San Diego County (Carlsbad) and elsewhere in California are highly skilled in handling tax matters and can effectively represent at all levels with the IRS and State Tax Agencies including criminal tax investigations and attempted prosecutions, undisclosed foreign bank accounts and other foreign assets, and unreported foreign income. Additionally, if you are involved in cannabis, check out what a cannabis tax attorney can do for you.  And if you are involved in crypto currency, check out what a bitcoin tax attorney can do for you. 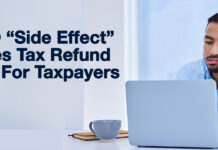 How COVID-19 And Underfunding Impacts IRS Operations And Causes Refund Delays For Taxpayers. 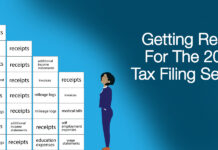 Getting Ready For The 2022 Tax Filing Season

IRS Examinations Of Cannabis Businesses Expected To Rise In 2022 – Are You Ready For An I.R.C. § 280E IRS Tax Audit? 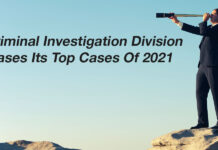