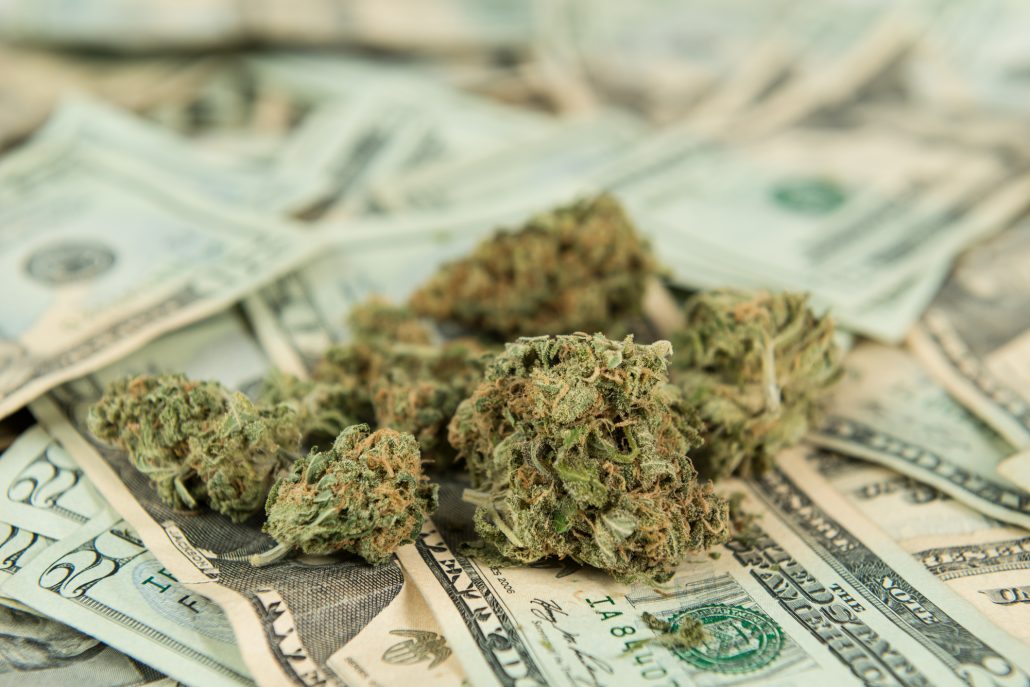 With the proliferation of licensed cannabis businesses sprouting in the State Of California in 2017, a lot of cannabis business will be filing tax returns with the IRS starting next year. But beware, the IRS is well aware that successful cannabis businesses don’t just sprout overnight and now that your business is on the radar screen you can bet that the IRS will be inquiring how you accumulated all that cash before 2017. We refer to this accumulation of cash as “legacy cash”.

Legacy Cash Is A Big Problem For Successful Cannabis Businesses

In the early days of cannabis operations, the biggest issue was what to do with all the cash? Cash is bulky and risky, but you have to do something with it and cannabis entrepreneurs can’t just take it to their local bank and make a deposit like every other kind of business can. So what have cannabis entrepreneurs been doing for all these years? For the most part they are keep the cash and where that income was never reported on prior tax returns, they now run the risk of being caught by IRS and prosecuted for tax evasion.

Yes – Marijuana Businesses Have to Report Income To IRS And Pay Taxes!

Regardless of whether a marijuana businesses operates in a State that has legalized cannabis, these businesses have to pay taxes under I.R.C. §280E, the same category reserved for illegal drug traffickers. Cannabis is categorized as a Schedule I substance under the Controlled Substances Act, 21 U.S.C §812. While more than half of the states in the U.S. have legalized some form of medicinal marijuana, and several others have passed laws permitting recreational cannabis use, under federal drug laws the sale of cannabis remains illegal.

It is outrageous that the $6.7 billion U.S. cannabis industry is forced by disparities in state and federal law to conduct nearly all transactions in cash. Experts believe that by 2021 the cannabis industry is expected to balloon to $21 billion. The lack of banking opportunities for marijuana business and being forced to deal in cash creates challenges for these business to not only manage the cash but how to substantiate expenses paid in the event the business is select for audit by the IRS.

In any typical business, purchases, sales, payroll, and other transactions will generate supporting documents. Supporting documents include sales slips, paid bills, invoices, receipts, deposit slips, and canceled checks. These documents contain the information you need to record in your books. It is important to keep these documents because they support the entries in your books and on your tax return. Keeping them in an orderly fashion and in a safe place will assure that if the time should come that you are selected for an IRS audit, you will be able to produce them and preserve the deductions claims.

First, you must substantiate that you actually paid the expense you are claiming.

Second, you must prove that an expense is actually tax deductible.

Step One: Incurred And Paid The Expense

For example, if you claim a $5,000 purchase expense from a marijuana distributor, offering a copy of a bill or an invoice from the distributor (if one is even provided) is not enough. It only proves that you owe the money, not that you actually made good on paying the bill. The IRS accepts canceled checks, bank statements and credit card statements as proof of payment. But when such bills are paid in cash as it typical in a marijuana business, you would not have any of these supporting documents but the IRS may accept the equivalent in electronic form.

That is where it becomes essential that an accounting system be developed early on to track these transactions.

Step Two: Deductibility Of The Expense

In reading I.R.C. §280E one would think that no deductions are allowed in a marijuana-related business but if that were the case, the U.S. Tax Court has stated that this statute would have been stricken as unconstitutional as the Sixteenth Amendment to the U.S. Constitution prohibits the Federal government from taxing “gross receipts”. Reading vs. Commissioner Of Internal Revenue, 70 T.C. 730 (1978). So the way I.R.C. §280E operates is to allow marijuana-related businesses to deduct Costs Of Good Sold but not “ordinary and necessary” business expenses. This tax treatment prevails regardless that you are conducting a marijuana business that is duly licensed in a State that has legalized marijuana because such business is still illegal under federal law.

It should be apparent that the cost of acquiring the marijuana itself is part of Costs Of Good Sold but what if you produce the marijuana? We advocate that producers can also capitalize the direct material costs (marijuana seeds or plants), direct labor costs (planting, cultivating, harvesting and sorting), and certain indirect costs that include repairs, maintenance, utilities, rent, taxes, depreciation, employee benefits and officer’s salaries). Resellers too should consider a more expansive view of Cost Of Goods Sold that includes capitalizing the costs of transportation and other necessary charges incurred in acquiring possession of the marijuana and maintaining the inventory for resale.

That is why it becomes essential that a proper accounting system be developed to capitalize as much of your expenses into inventory in a manner acceptable by the IRS.

Dealing With The Cash Legacy Problem

The IRS has not yet announced a specific tax amnesty for people who failed to report their income from cannabis but coming forward under Voluntary Disclosure could result in non-compliant taxpayers avoiding criminal prosecution and lower penalties.

Don’t wait to be selected for an IRS investigation or audit. Be proactive and consider voluntary disclosure for the past and implement the proper cash management and accounting systems for the future. Marijuana businesses who hire an experienced attorney-CPA should benefit in paying the least amount of tax under the tax code and if audited, the least audit adjustments and avoiding costly litigation. Let the tax attorneys of the Law Offices Of Jeffrey B. Kahn, P.C. located in Orange County (Irvine), the Inland Empire (Ontario) and other California locations maximize your net profits and get you the best possible result.