On January 18, 2023 the U.S. Virgin Islands legislation to legalize cannabis for adult, medicinal and sacramental use (Virgin Islands Cannabis Use Act “Act 8680”) was signed into law by Governor Albert Bryan Jr.  The governor of the Caribbean island territory also issued a proclamation that allows persons convicted of simple possession of marijuana to apply for a pardon through the Virgin Islands Department of Justice. 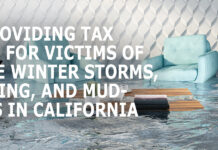