Does Smoking Cannabis Put You at Higher Risk for the Coronavirus?

A report issued by the World Health Organization states that tobacco and waterpipe could increase the risk of suffering from COVID-19.

The report recognizes that tobacco use is the most important risk-factor for chronic obstructive pulmonary disease (COPD), causing the swelling and rupturing of the air sacs in the lungs, which reduces the lung’s capacity to take in oxygen and expel carbon dioxide, and the build-up of mucus, which results in painful coughing and breathing difficulties. This may have implications for smokers, given that smoking is considered to be a risk factor for any lower respiratory tract infection and the virus that causes COVID-19 primarily affects the respiratory system, often causing mild to severe respiratory damage. Clearly for cannabis edibles this is not an issue.  However, given that COVID-19 is a novel virus, the link between tobacco smoking or even smoking cannabis and the virus has yet to be established so more research will be necessary.

The Drug Enforcement Administration (“DEA”) announced on August 26, 2019 that it is moving forward to facilitate and expand scientific and medical research for marijuana in the United States. The DEA is providing notice of pending applications from entities applying to be registered to manufacture marijuana for researchers.

DEA Acting Administrator Uttam Dhillon stated: “the DEA is making progress in the program to register additional marijuana growers for federally authorized research, and will work with other relevant federal agencies to expedite the necessary next steps. We support additional research into marijuana and its components, and we believe registering more growers will result in researchers having access to a wider variety for study.”

Since 1968, only the University of Mississippi has been allowed to cultivate and provide cannabis to medical researchers across the country. The DEA anticipates that registering additional qualified marijuana growers will increase the variety of marijuana available for these purposes.

Since 2013, these guidelines provided a level of certainty to the marijuana industry as to what point could you be crossing the line with the Federal government.  But on January 4, 2018, former Attorney General Jeff Sessions revoked the Cole Memo.  Now U.S. Attorneys in the local offices throughout the country retain broad prosecutorial discretion as to whether to prosecute cannabis businesses under federal law even though the state that these businesses operate in have legalized some form of marijuana.

The Blumenauer McClintock Amendment sponsored by Reps. Earl Blumenauer (D-OR), Eleanor Holmes Norton (D-DC) and Tom McClintock (R-CA) that was included in the appropriations bill to fund parts of the federal government for Fiscal Year 2020, states that:

“None of the funds made available under this House Appropriations Bill to the Department of Justice may be used to prevent to any State, territory or D.C. from implementing their own laws that authorize the use, distribution, possession, or cultivation of marijuana.”

In the past such amendment (starting in 2014) was limited to medical marijuana state-licensed business but this expansion is huge given that nearly one in four Americans reside in a jurisdiction where the adult use of cannabis is legal under state statute.

Recreational marijuana is legal in 11 states.

Eleven states and Washington DC, have legalized marijuana for recreational use — no doctor’s letter required — for adults over the age of 21. Those ten states being Alaska, California, Colorado, Illinois, Maine, Massachusetts, Michigan, Nevada, Oregon, Vermont and Washington and the territory of Guam.

This action by the House is not impacted by former Attorney General Sessions’ change of position with the DOJ. This means that the DOJ is precluded from spending funds to circumvent any of the foregoing states from implementing their medical cannabis laws.

Given that cannabis is still illegal under existing Federal law you need to protect yourself and your marijuana business from all challenges created by the U.S. government.  While cannabis is legal in California, that is not enough to protect you.  It’s coming down that the biggest risk is TAXES.  Be proactive and engage an experienced Cannabis Tax Attorney in your area. Let the tax attorneys of the Law Offices Of Jeffrey B. Kahn, P.C. located in Orange County (Irvine), Metropolitan Los Angeles (including Long Beach and Ontario) and other California locations protect you and maximize your net profits. By the way – if you are involved in crypto currency, check out what a bitcoin tax attorney can do for you. 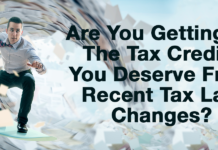 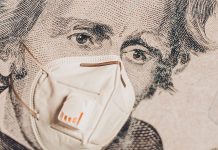 Max The Vax But Don’t Forget The Tax