There are 7 categories in this competition identifying the highest concentration of two cannabinoids and five terpenes.  The Cannaboids being CBD and THC and the Terpenes being Myrcene, Pinene, Terpinolene, Limonene and Caryophyllene.

Based on the test results, 77 bronze, silver and gold medals will be awarded in 7 categories per division.  Also Specialty Awards will be issued such as “Double Gold” which are submission that achieve gold level results in at least 2 categories, “Exotics” recognizing submissions having unique, off-the-charts terpene profiles, and in each of the 7 categories a “Golden Bear Trophy” to the highest concentration of each compound. The submission window opens on November 1, 2021 and will remain open until March 30, 2022. Award winners will be announced in May 2022.

Given the illegal status of cannabis under Federal law you need to protect yourself and your marijuana business from all challenges created by the U.S. government.  Although cannabis is legal in California, that is not enough to protect you and for sure you want to take advantage of any assistance or support offered by the State. Be proactive and engage an experienced Cannabis Tax Attorney in your area. Let the tax attorneys of the Law Offices Of Jeffrey B. Kahn, P.C. located in Orange County, Inland Empire (Ontario and Palm Springs) and other California locations protect you and maximize your net profits.  And if you are involved in crypto currency, check out what a bitcoin tax attorney can do for you. 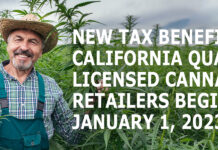 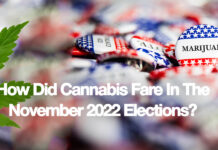