This November, voters in five states—Arkansas, Maryland, Missouri, North Dakota and South Dakota—will decide on whether they want to legalize adult-use marijuana.

Recreational marijuana is legal in 19 states. 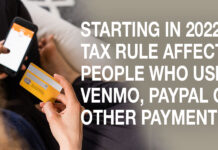