A man who did not file tax returns for 8 year in a row pleaded guilty before a Federal District Court Judge to evading his income taxes and now must serve 57 months in jail.

As reported by the Department Of Justice in a press release, from 2009 through 2016 Daryl Brown received taxable income, but did not file tax returns reporting his income or pay the taxes he owed.  To evade his taxes, Mr. Brown opened bank accounts and lines of credit in nominee names and used credit and debit cards from those accounts to pay for personal expenses.  He also bought money orders with cash, directed others to buy money orders for him, and structured his purchase of money orders–sometimes from several locations on the same day–to avoid triggering reporting requirements that would have flagged his activity to the IRS.  Court documents showed Mr. Brown’s conduct caused a tax loss of more than $250,000 to the IRS.

The Department Of Justice in a follow-up press release reported that on June 7, 2021 U.S. District Judge Timothy S. Black in the Southern District of Ohio sentenced Mr. Brown to 57 months in prison for tax evasion and ordered him to serve 3 years of supervised release and pay restitution to the IRS in the amount of $377,240.

An Opportunity To “Get Back Into The System” And Be Compliant.

Our tax system relies on initial voluntary compliance where taxpayers each year file a tax return; however, there are millions of Americans who fail to file a tax return and what’s worse is that these failures are not limited to just one year. Taxpayers who either have never filed a tax return or those who were once compliant but stopped filing a tax return for a period of time, face the same penalties.  Additionally, if the IRS chooses to pursue criminal prosecution and proves that the failure was willful, a taxpayer can be sentenced to prison.  So it is important to engage a tax attorney to come up with a plan to mitigate criminal exposure and establish an arrangement or settlement on the resulting tax liabilities.

An Opportunity For Taxpayers Who Owe The IRS.

As a prerequisite to any proposal (including but not limited to, an Offer In Compromise, payment plan or being put into “uncollectible status”) to the IRS, you must be in current compliance. That means if you have any outstanding income tax returns, they must be completed and submitted to IRS.

Also, if you are required to make estimated tax payments, you must be current in making those payments. Since we are in summer of 2022, taxpayers who expect to owe for 2021 should have their 2021 income tax returns as soon as possible so that the 2021 liability can be rolled over into any proposal.  Unfortunately, your obligation to make estimated tax payments for 2022 cannot be included in your proposal and the IRS will require as a prerequisite that you are current on these payments (1st quarter 2022 was due April 17, 2022 and 2nd quarter was due June 15, 2022).

Remember that COVID-19 does not alter the tax laws, so all taxpayers should continue to meet their tax obligations as normal. Individuals and businesses should keep filing their tax returns and making payments and deposits with the IRS, as they are required to do.

Also, the IRS will continue to take steps where necessary to protect all applicable statutes of limitations. In instances where statute expirations might be jeopardized during this period and a taxpayer is not agreeing to extend such, the IRS will issue Notices of Deficiency and pursue other similar actions to protect the interests of the government in preserving such statute.

You know that at the Law Offices Of Jeffrey B. Kahn, P.C. we are always thinking of ways that our clients can save on taxes. If you are selected for an audit, stand up to the IRS by getting representation. Tax problems are usually a serious matter and must be handled appropriately so it’s important to that you’ve hired the best lawyer for your particular situation. The tax attorneys at the Law Offices Of Jeffrey B. Kahn, P.C. located in Orange County (Irvine), Los Angeles (including Long Beach and Ontario) and elsewhere in California are highly skilled in handling tax matters and can effectively represent at all levels with the IRS and State Tax Agencies including criminal tax investigations and attempted prosecutions, undisclosed foreign bank accounts and other foreign assets, and unreported foreign income. You can also check out the KahnTaxLaw Coronavirus Resource Center.  Also if you are involved in cannabis, check out what a cannabis tax attorney can do for you.  And if you are involved in crypto currency, check out what a bitcoin tax attorney can do for you. 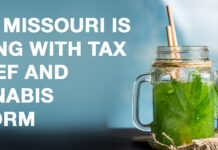 How Missouri Is Faring With Tax Relief And Cannabis Reform 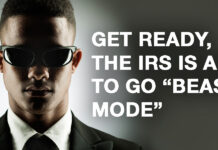 Warning: Under the Inflation Reduction Act the IRS Is About to Go “Beast Mode” 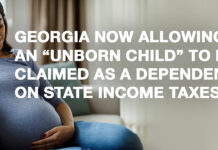 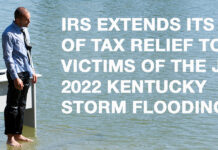 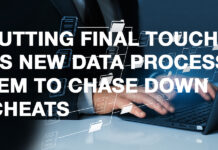