Generally, businesses can deduct ordinary and necessary business expenses under I.R.C. §162. This includes wages, rent, supplies, etc. However, in 1982 Congress added I.R.C. §280E. Under §280E, taxpayers cannot deduct any amount for a trade or business where the trade or business consists of trafficking in controlled substances…which is prohibited by Federal law. Cannabis, including medical marijuana, is a controlled substance. What this means is that dispensaries and other businesses trafficking in cannabis have to report all of their income and cannot deduct rent, wages, and other expenses, making their marginal tax rate substantially higher than most other businesses.

A cannabis business can still deduct its Cost Of Goods Sold (“COGS”). Cost of goods sold are the direct costs attributable to the production of goods. For a marijuana reseller this includes the cost of cannabis itself and transportation used in acquiring cannabis. To the extent greater costs of doing business can be legitimately included in COGS that will that result in lower taxable income.

But in any case, the burden of proof whether it be in an IRS audit or in Court is on the taxpayer to prove the deductions the taxpayer are claiming.

In Feinberg v. Commissioner, 2019 U.S. App. LEXIS 5618 (10th Cir. 2019), click here for the opinion, the taxpayers were shareholders in an LLC selling medical marijuana in Colorado where such sales are legal. The cannabis business was examined by the IRS and the taxpayers refused to provide backup to the deductions the taxpayers were claiming on the basis that this violated their Fifth Amendment privilege. The taxpayers argued that if they produced the evidence to back up the deductions being claimed in the cannabis business, that evidence could be used against them to impose criminal liability for engaging in the trafficking of a controlled substance.

The Court rejected this concept recognizing that the Fifth Amendment privilege protects one from compulsory self-incrimination and not barring evidence that would assist in meeting a burden of production.

The Court stated “by invoking the privilege and refusing to produce the materials that might support their deductions the taxpayers no doubt made their task of proving the IRS erred in denying their deductions that much harder”. However, “a party who asserts the privilege against self-incrimination must bear the consequences of the lack of evidence [See United States v. Rylander, 460 U.S. 752 (1983)] which teaches that the taxpayers’ possible failure of proof on an issue on which they bear the burden is not compulsion for purposes of the Fifth Amendment. Therefore, we reject the taxpayers’ contention that bearing the burden of proving the IRS erred in rejecting the taxpayer’s business deduction under § 280E violated the taxpayers’ Fifth Amendment privilege”.

The Federal Controlled Substances Act (“CSA”) 21 U.S.C. § 812 classifies marijuana as a Schedule 1 substance with a high potential for abuse, no currently accepted medical use in treatment, and lack of accepted safety for use under medical supervision. Although you can still face federal criminal charges for using, growing, or selling weed in a manner that is completely lawful under California law and other states that have legalized cannabis, the federal authorities in the past have pulled back from targeting individuals and businesses engaged in medical marijuana activities. This pull back though has no impact on the IRS which will likely start in 2019 to more aggressively target cannabis businesses with audits.

A cannabis business that has not properly reported its income and expenses and not engaged in the planning to minimize income taxes can face a large liability proposed by IRS reflected on a Notice Of Deficiency or tax bill.

This risk should be risk posing the greatest challenge to any cannabis business as the Federal taxation of cannabis businesses is consistent in all states and not dependent on whether local Federal prosecutors are aggressive in enforcing the illegality of cannabis or the banks unwilling to do business with the cannabis industry. This unexpected liability can put you out of business so it is important to secure qualified tax counsel to be proactive with tax planning to minimize taxes and to defend you in any tax examinations, appeals or litigation with the IRS.

While more States are legalizing cannabis, risks to the cannabis industry still exist. Considering this risks of cannabis you need to protect yourself and your investment. Level the playing field and gain the upper hand by engaging the cannabis tax attorneys at the Law Offices Of Jeffrey B. Kahn, P.C. located in Orange County (Irvine), the Inland Empire (including Ontario and Palm Springs) and other California locations. We can come up with solutions and strategies to these risks and protect you and your business to maximize your net profits. 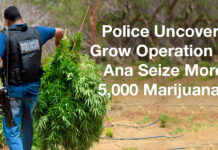 Why Taxpayers Involved In Offshore Accounts, Cryptocurrency Or Cannabis Should Be Filing An Extension For Their 2020 Income Tax Returns.